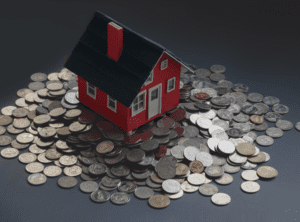 We are almost a week into 2016 with less than 360 days left.  This year is a leap year so do something special and enjoy the extra day.  As the years go quickly by I find that I am filled with gratitude and appreciate each day, however, I realize this is just because I’m getting older and if I was 22 yrs old, I would just be focused on me.

They say that hind sight is 20/20 so lay a good foundation and build on it for your future.  (So if you need your basement done, I can offer a few referrals)

Real Estate values double every ten years, and the Toronto Market is definitely on course. For instance, the average price in 1971 for a house was just $30,426.  Check out this old Toronto Star Article for some old statistics from 1970 to 2014.    If you’re thinking of selling, NOW is definitely the best time to sell, as your competition is at an all time low.  Remember, I am never too busy for your referrals of family and friends 🙂

TORONTO, January 6, 2016 – The second best sales result on record for December capped off a record year for TREB MLS® home sales in the GTA. Toronto Real Estate Board President Mark McLean announced that there were 4,945 sales reported in December bringing the 2015 calendar year total to 101,299 – a substantial 9.2 per cent increase compared to 2014 as a whole. Strong annual sales increases were experienced for all major home types last year.

“Home ownership is a quality long-term investment that families can live in while the value increases over time. A relatively strong regional economy in the GTA coupled with low borrowing costs kept a record number of households – first-time buyers and existing homeowners alike – confident in their ability to purchase and pay for a home over the long term,” said Mr. McLean. “If the market had benefitted from more listings, the 2015 sales total would have been greater. As it stands, we begin 2016 with a substantial amount of pent-up demand,” continued Mr. McLean.

The average selling price for 2015 as a whole was $622,217 – up 9.8 per cent compared to $566,624 in 2014. The MLS® HPI Composite Benchmark Price was up by a similar annual rate of 10 per cent in December. GTA home price growth was driven by the low-rise segments of the market, but condominium apartment price growth was generally well-above the rate of inflation as well through 2015.

“TREB will release its official 2016 outlook later in January, but suffice to say that the demand for ownership housing is expected to remain very strong in 2016. Despite stricter mortgage lending guidelines and the possibility of slightly higher borrowing costs, on average, there will be many buyers who remain upbeat on the purchase of ownership housing,” said Jason Mercer, TREB’s Director of Market Analysis.