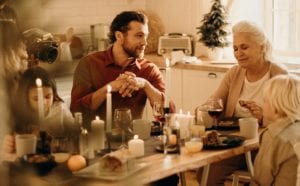 We are lucky to live in a world class city.  Affordability is shrinking everyday as the Toronto core seems to be, the place to be.  Each time a property changes hands, it is usually gradually improved.  Over the years, these average neighborhoods have transitioned into green leafy communities with great schools and amenities.

Now that we are cruising towards the 2nd wave of the pandemic, I can confidently say that a price correction or drop, will be moderate at best.  The robust supply of homes for sale in September did not create a surplus as we still grapple with a shortage of good product daily.  Moving forward, we will see less properties hit the market in November and December, which will create a ripple effect for another shortage and a sellers’ market.

The Real S. Taitt market in Toronto is strong. Arguably, Toronto is Canada’s only major world class city.  With this in mind, let’s be thankful as, Toronto, is a great place to live, invest and attracts over one hundred thousand people relocating each year.  Due to the pandemic, many people are expecting some kind of bubble burst or correction, prices will remain stable moving forward and perhaps have a slight increase in 2021.  The low supply coupled with the low interest rates will ensure that the seller will be in the driver’s seat, now and in the near foreseeable future.  Here is a great article from the Toronto Star reminding us that Toronto is the fastest growing city in North America.

The strong home sales reported in the 3rd quarter will result in billions of dollars in spin-off industry and government support.  The average price of a detached home in Toronto, 416, the 6ix, is $1,487,122.  The fast growth of Canada’s largest metropolis is a lot to be thankful for this Thanksgiving.  Covid-19 has slowed us down, letting us re-evaluate and brought us closer but, still really really sucks.  We are adapting and learning new ways to navigate through this pandemic and we will find a solution soon, so that we can enjoy each other again. 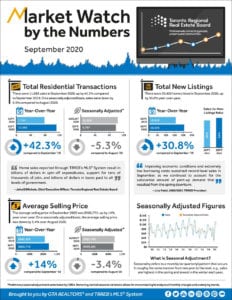 Toronto Regional Real Estate Board President Lisa Patel announced that sales reported through TRREB’s MLS® System by Greater Toronto Area REALTORS® amounted to 11,083 – a new record for the month of September. This result was up by 42.3 per cent compared to September 2019. Following a record third quarter, sales through the first nine months of 2020 were up by approximately one per cent compared to the same period in 2019.

“Improving economic conditions and extremely low borrowing costs sustained record-level sales in September, as we continued to account for the substantial amount of pent-up demand that resulted from the spring downturn. Further improvements in the economy, including job growth, would support strong home sales moving forward. However, it will be important to monitor the trajectory of COVID-19 cases, the related government policy response, and the impact on jobs and consumer confidence,” said Ms. Patel.

Year-over-year sales growth in September continued to be driven by ground-oriented market segments, including detached and semi-detached houses and townhouses. Annual growth rates were also higher for sales reported in the GTA regions surrounding the City of Toronto.

The September 2020 MLS® Home Price Index Composite Benchmark was up by 11.6 per cent year-over-year. The average selling price for all home types combined in September was $960,772 – up by 14 per cent year-over-year. Price growth was driven by the low-rise market segments. The relatively better supplied condominium apartment segment experienced a comparatively slower pace of price growth.