The Key To Success

The Key To Success 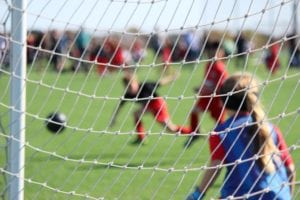 The secret to success is not really a secret.  Success leaves clues.  I have had the pleasure of sponsoring East York Soccer Club over the past 8 years.  Our house league team househelp.ca, always does well, but this year was somewhat different.   This year we had a group of Under 13 boys who showed amazing commitment, courage and desire.   They possessed the formula for success without even realizing it.

At the end of the season we sat in 3rd place, with a tough road ahead to the cup with a few unbeaten teams to compete against.  The boys believed that it was possible and that they had a real shot at winning the cup.  On a rainy Saturday afternoonthey secured their spot to the semi finals.  The Sunday semi final was a nail biter, as we were victorious in penalty kicks.   Once we made it to the finals, we knew this was it, we knew that we were 50 minutes away from the cup.  I told the boys that I have never won the cup or a trophy; however, I really appreciated all of their hard work and dedication, which is one of the keys to success.  They promised me that they would win, I said, “just have fun.”

The finals were another nail biter, and it seemed as if the parents were more nervous than the kids.  We had a great start and were off to a 3-0 lead in the first half.  The first place team fought hard in the second half and clawed their way back to 3-2 score, the househelp.ca team and their parents were barely hanging on, and fear had set in.  Could we let this slip away?

After a few amazing saves by the goalie, I could feel their confidence creeping back and the vision became real again, they courageously fought back and tried to score that forth goal.   They realize that success does not come easy and you must work extremely hard until the final whistle.   Anything you really want in life you must fight hard for and have a burning desire to courageously fight to the end, this was a valuable lesson for the young players and the old spectators.  The reward is great for those who want to go.   Always get back on that horse and believe and work hard and the universe will conspire to help you through.